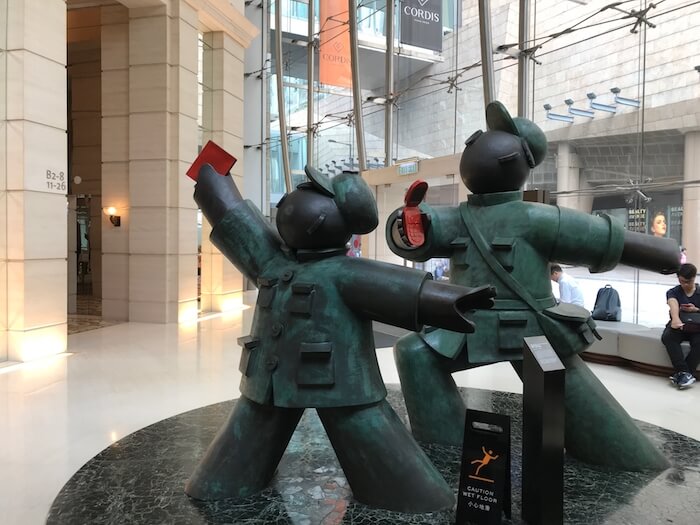 Hong Kong hotels are found on all of the main islands and vary from budget to high end. Made up of more than 200 islands, Hong Kong’s largest islands are Hong Kong and Lantau. The Kowloon section of Hong Kong is a peninsula jutting out from mainland China. Contrary to China, where getting a visa can be complicated, Hong Kong does not require a visa for citizens from most (170) countries.

Getting There and the Basics

More than 100 airlines fly into the Hong Kong airport on Lantau Island, the largest island in Hong Kong. The airport express train runs from the airport to Kowloon, Hong Kong and other areas that have Hong Kong hotels. If there is a line to buy tickets, just board the train and pay when you arrive at your stop for your Hong Kong Hotel. The airport express is the fastest and cheapest way to your hotel if you are solo and two people. For groups of 3 people or more, it is probably less expensive to take a taxi from the airport.

Getting Around—the MTR and the Star Ferry 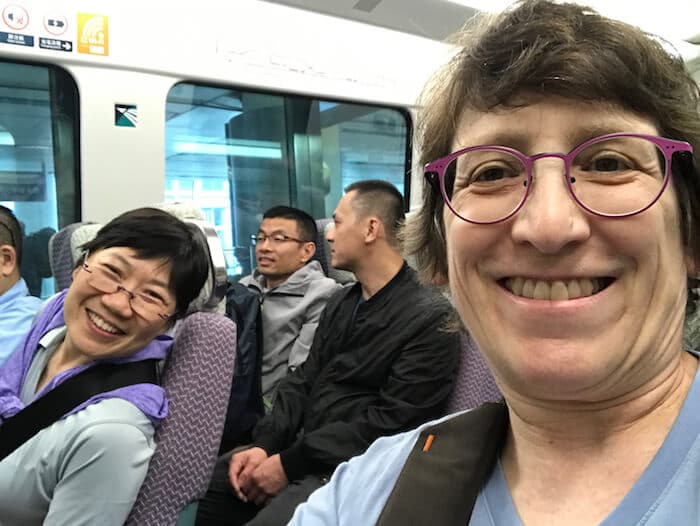 The Hong Kong Subway is called the Mass Transit Railway (MTR) and is very clean, efficient and cheap. Signs and announcements are made in Cantonese, Mandarin and English. You’ll need to purchase an Octopus card (a deposit and funds for your trips).  You can turn the card back in at the airport and get your unused trips and deposit back.

Hong Kong Island is the more commercial part of the city. We chose to stay in Kowloon because it is more residential. Keep in mind, we live in the New York area so local for us includes lots of concrete and high-rise buildings. In Kowloon city, neighborhoods include Tsim Sha Tsui and Mong Kok. Hong Kong island neighborhoods include Central, Wan Chai and Causeway Bay.

The Star Ferry transports locals and tourists between Hong Kong Island, Kowloon and Lantau islands. You use the octopus card to pay the fare. Taking the ferry at night gives you great views of the Hong Kong skyline.

We researched a number of Hong Kong Hotels and decided to stay at Cordis Hong Kong in Mong Kok on Kowloon. The Cordis Hong Kong is a 5-star upscale hotel in the heart of Mong Kok. The 42-storied hotel has four restaurants, including a one-starred Michelin restaurant called Ming Court that serves Cantonese food. You’ll need to reserve in advance—it was fully booked while we were there. Another restaurant is The Place with an extensive and expensive buffet.

The Cordis has a swimming pool with a jacuzzi on the roof and a fitness center with magnificent views of the city and a spa on the 41st floor. Free tai chi sessions take place in the mornings by the pool. We attended a free wine tasting in their private wine cellar.

The rooms have floor to ceiling windows (excellent views) with remote controlled dark-out shades. The bathrooms are nicely appointed with a tub and separate shower stall. Service in the hotel is excellent. The hotel provides free use of a smartphone for maps and sightseeing. 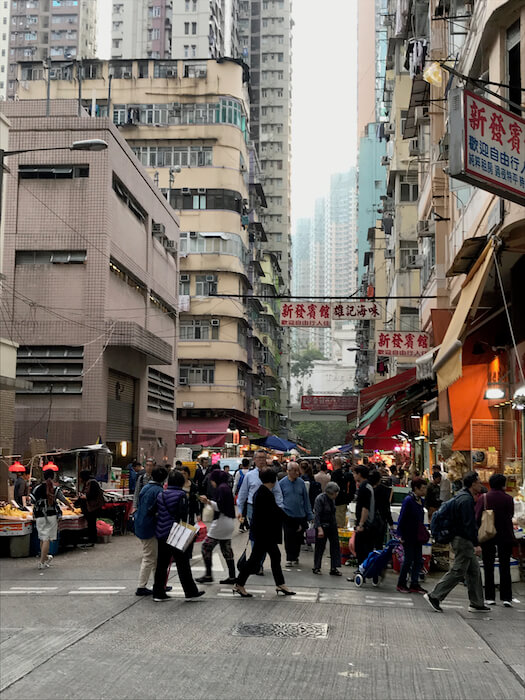 Located at 555 Shanghai Street, the hotel is connected to a large mall, Langham Place, via a walkway/bridge on level 4. The MTR stop, Mong Kok, is located in the basement of the Mall.  We use the MTR
to go to a lot of places and found the location very convenient. Besides shops, Langham Place has many restaurants and eateries.

The cost of a superior double room is US$260 but can be more depending on the season and which booking site used. For an additional 140HK$ (exchange rate of 7.8HK$ to US$1), you can upgrade to the Club Lounge floor where unlimited drinks and snacks are offered along with other privileges. We used Ultimate Reward Points from Chase for the Cordis for 3 nights in March at the tail end of Chinese New Year. We used 51,692 Ultimate reward points for the three nights and paid an additional $65.

FOLLOW US ON INSTAGRAM
2 shares
We use cookies to ensure that we give you the best experience on our website. If you continue to use this site we will assume that you are happy with it.OkRead more