Tromso Northern Lights Tour in Winter-Was it Worth the Wait? 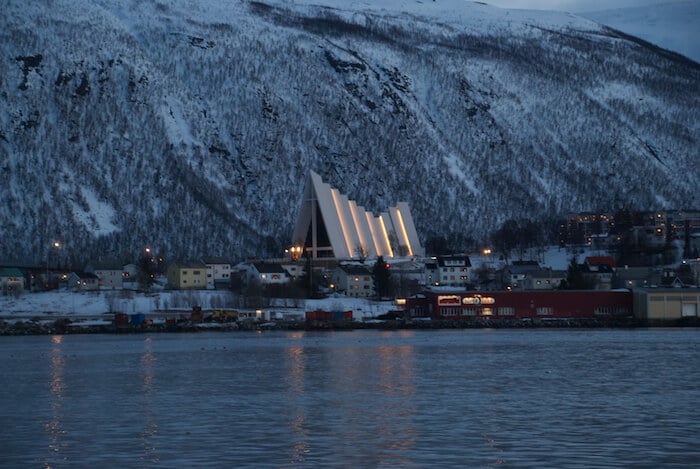 Tromso Winter–How Did We End up Here?

It was after 1 am. We’d been standing in the cold for hours and we feared that the Tromso Northern Lights Tour would be a failure.

We wondered if it was a crazy idea to brave the Tromso Winter for a chance to see the Aurora. Some of the people in our group had already been out three nights looking unsuccessfully.

Our guide asked if our group would like to quit for the night. We seriously considered it.

We went back into the van to try to warm up a little while we discussed it.  Our decision? We were really cold. But we’d come all the way from New York City to Tromso Norway, above the Arctic circle. In winter. Just to see the Northern Lights. It was a hard decision.

Suddenly, the guide came into the van and said, “They’re here.” We looked at him for a moment before we realized what he said. We sprung into action. Cameras. Tripods. Batteries. Gloves.

How Cold is the Tromso Winter?

Very Cold. In the evening, the average temperature is minus 5 degrees Fahrenheit. Minus 10F (-23C) is not uncommon. It feels even colder if you are out in the country during Tromso Winter, standing outside for hours waiting on a Tromso Northern Lights Tour. And even colder if one of you grew up near the equator and the other hates the cold.

We booked our Northern Lights Tour through Visit Tromso (2500NOK for 2pp). The tour company picked us at 6:30 pm for a tour that was supposed to last 6-8 hours. The package included a hot meal, coffee/tea, a warm suit and hand- and foot-warmers. Generally, the tour goes to the base camp at lake Skogsfjordvannet, an hour drive from Tromsø. At that location, they have a grill house for cooking. 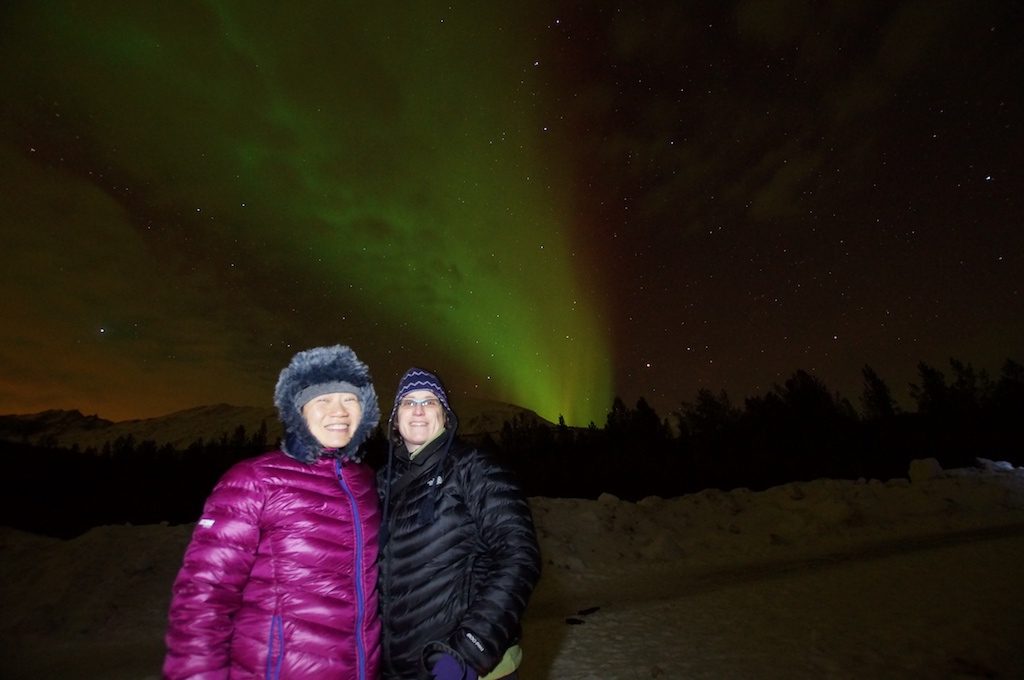 When they say chasing the Northern Lights, they literally mean chasing. If the weather is bad, snowing or cloudy as it was on the day we went, then everything changes.  In our case, they decided to drive to a different location near the border of Finland to find the best spot with the highest possibility of seeing the Northern Lights. No grill house for food, but they cooked a delicious seafood stew out of the back of the van. We left at 6:30pm. They gave us a warm suit as promised.

The Northern Lights arrived as a white cloud that spread across the sky from horizon to horizon. Then it receded. It was a challenge to take pictures as our hands froze every time we took off our gloves. We stayed out until after 2 am and began the drive home. We arrived back at our hotel after 3 am, tired, happy and amazed. 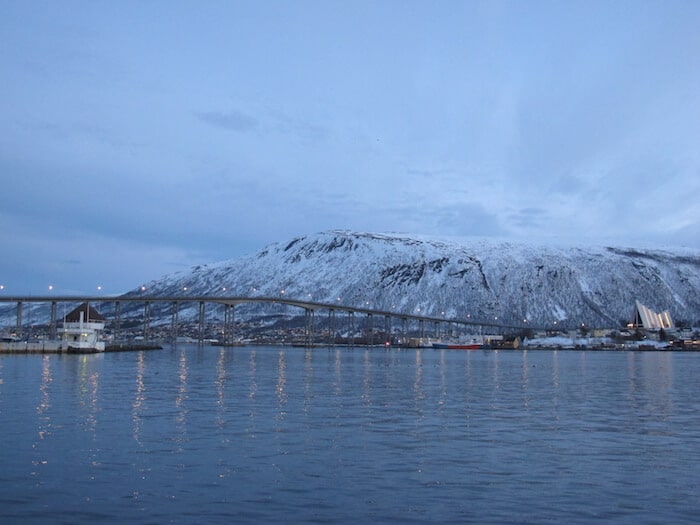 Tip for Seeing and Photographing the Tromso Northern Lights Tour

Be patient and wait for the Lights. They come on their own time, not yours. The waiting and chasing is part of the adventure.

Like traveling in cold climates? Check out my adventures in Antarctica: Kayaking in Antarctica Tips and Antarctic Travel Guide 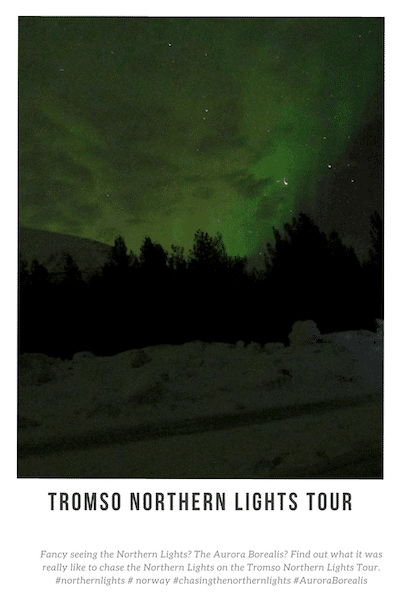