Austin Graffiti Park–See it before it Gets Torn Down

Austin, Texas is a short 4 hour plane ride from New York City and we were excited to get away from the New York winter that was extending into April. We arrived on a Friday afternoon and immediately hit the streets. We definitely wanted to see Austin Graffiti Park.

Austin Graffiti Park–See it before it Gets Torn Down

Note: Demolition has been delayed until October. You still have time to see it.

Street art is everywhere in Austin and we spent several days exploring the scene. Our first stop was Graffiti Park, also know as Hope Outdoor Gallery (1012 Baylor Street). For the past 7 years, artists have been painting on the walls of this abandoned condo. Shepard Fairey, who made the Obama Hope images, was reportedly one of the original artists who painted there. Just like 5 Pointz in NYC which was demolished a couple of years ago to make way for condos, Graffiti Park is being torn down. The plan is to move part of the wall to Carson Creek Ranch. In addition, new walls are being made available for street art. 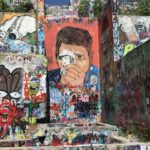 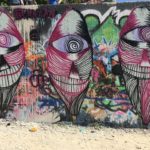 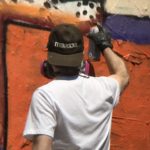 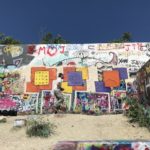 Established street artists and taggers paint at Graffiti Park . Tourists can also purchase a spray paint can and spray something. This makes the walls a wonderful mix of creativity–some very artistic and others personal expressions.

Graffiti Park was full of tourists and photographers while we were there. There were also several artists at work on the wall. We watched Tyler White (3C) who was tagging 3C, his tag. He is an artist based in Fredericksburg and was in Austin for the day. 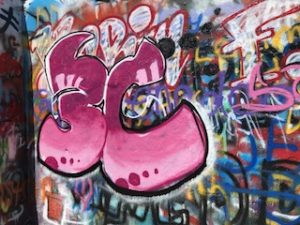 Oluang (Luis Angulo) is a street artist with murals all over Austin. Below are some of his murals in Austin and you can learn more about him in this interview posted by Spratx.

Austin Graffiti Park is being torn down in June 2018. If you have the opportunity to visit before then, it is worth the trip. After June, you’ll still be able to see the work of street artists all over Austin and you can visit the new wall at Carson Creek Ranch. 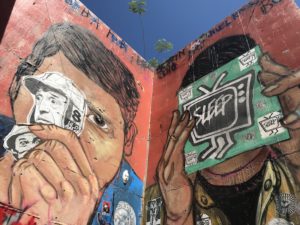 If you’re a fan of street art, Melbourne’s street art scene is among the best in the world.

If you want o read more about Austin, checkout my post on the LBJ Presidential Library.

FOLLOW US ON INSTAGRAM
106 shares
We use cookies to ensure that we give you the best experience on our website. If you continue to use this site we will assume that you are happy with it.OkRead more