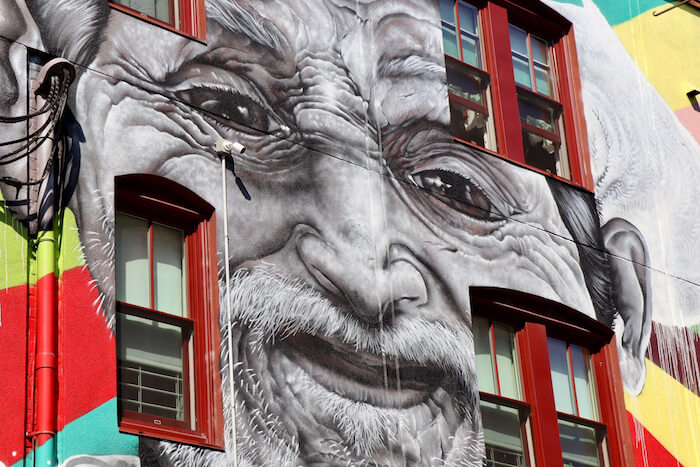 Salem Massachusetts conjures up thoughts of witches for many people. For others, they may think of the Peabody Essex Museum. It should also bring to mind the Punto Urban Art Museum, the most innovative community development program that we have seen in our travels. Salem MA street art is a must see if you are in the Boston area. This One Day in Salem MA Itinerary will get you started for your day trip to Salem.

Hopefully, after reading this post, you want to go see PUAM first and then proceed to the museum, historical or witch-related sites in Salem.

Where is Salem Massachusetts?

Salem is located on the Northern Massachusetts coast about 25 miles north of Boston (35 minutes without traffic). You can get there by bus, train or ferry. Once there, the town is easily traversed by foot. 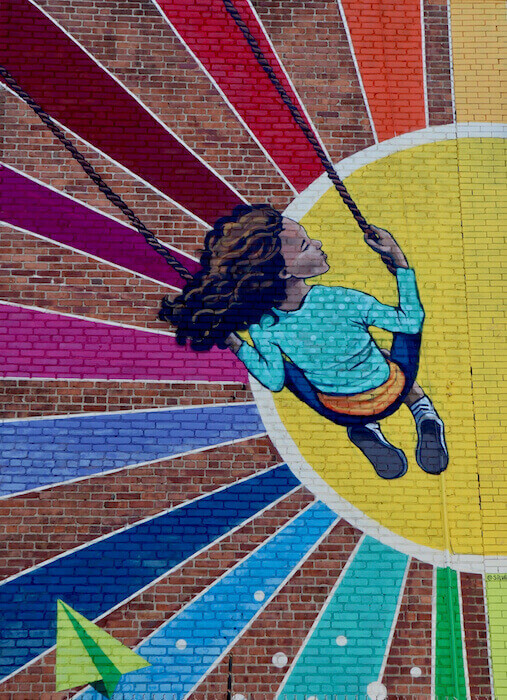 Salem was founded in 1626. Starting in the 1600s, it was a center of shipping and fishing industries. By 1790, it was the 6th richest city in the US and was the center of trade with China, India, Africa and the West Indies.

The first battle of the American Revolution took place in Salem.

Nathaniel Hawthorne’s The House of the Seven Gables is set in Salem.

The oldest continually operated museum in the US is in Salem—the Peabody Essex Museum.

You see, there is a lot of history in Salem.

Salem, however, remains most known for the Salem Witch Trails in 1692. From February 1692 to May 1693, 200 people were accused of witchcraft. 20 people (14 women) were found guilty and put to death. Bridget Bishop was the first person to be hung on June 10, 1692 and the last 8 people were hung on September 22, 1692. At that point, the Massachusetts Governor’s wife was accused of witchcraft and the Governor shutdown the Salem trials. 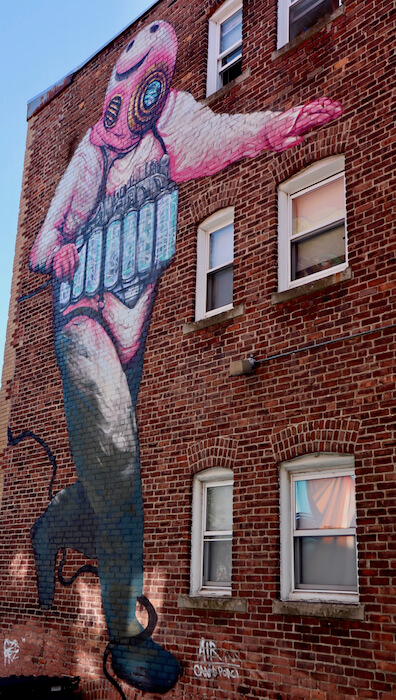 One Day in Salem MA

Contrary to most travel posts on Salem, we are putting the Punto Urban Art Museum at the top of our list. After going there, visit the Peabody Essex Museum, and finally, hit the historic and witch-related areas of Salem.

One Day in Salem is not enough time to experience the area fully. This Salem MA itinerary is focused on art (street and museum) and the Witch Memorial. 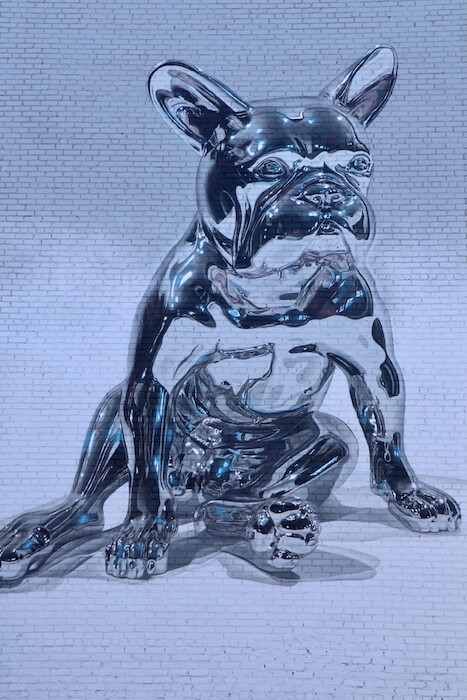 What is the Punto Urban Art Museum?

The Punto Urban Art Museum (PUAM) is the reason that we went to Salem. We came away excited about the future of street art and community development.

If you’ve read our street art posts on street art in Bushwick NY, Jersey City, Singapore, Cambodia, Penang and elsewhere, then you know that the politics of street art (gentrification, commodification, local vs. international artists, street art culture and women) is a deep concern of ours. We have spoken to many street artists about these issues.

PUAM is the first place we have visited that has a progressive and innovating answer to our questions.

Street Art as a Tool for Social Justice

PUAM is a project of the Northshore CDC. For PUAM, street art is a tool for social justice and reducing poverty. I was excited to see this approach. Most of the time street art is (inadvertently or directly) a tool in the process of gentrifying a neighborhood. We travel bloggers participate in this by posting beautiful pictures of street art which helps bring more tourists and more development into the community.

Of course, this is an oversimplified description of a very complex process. 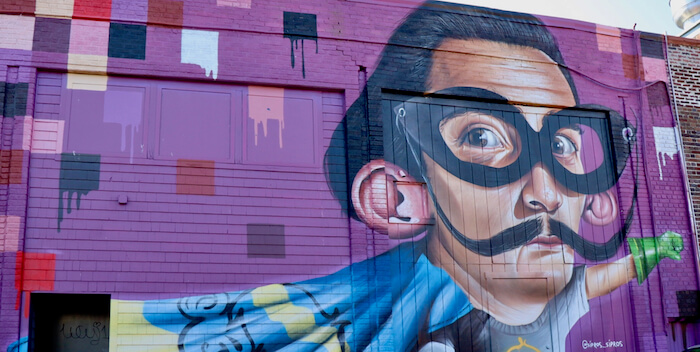 PUAM is located in the Point (Punto) which is a poor, mostly Latino and immigrant community in Salem. It is about a 15-20 minute walk from the historic and touristy neighborhood of Salem. Most people don’t go anywhere near Punto when they visit Salem.

PUAM is working on changing that.

The Northshore CDC began by purchasing 25% of the properties in the Point so they could control the rent in the area. That way, once art appeared on the buildings, the rent would not increase and drive out the poor community. Then, they brought in artists to paint murals and street art on the buildings that they own. This has beautified the neighborhood and brought in visitors and more business. PUAM holds a street art festival once a year to increase visibility and bring people into the neighborhood.

You also may notice street art in the touristy areas—those murals are facing towards the Point to also bring attention to the area. Similar to the Bushwick collective, PUAM brings in well-known and international street artists to paint the larger murals. But, there is a difference. Many local artists in Bushwick feel excluded by the Bushwick Collective’s process. PUAM has paid attention to this dynamic. The more experienced street artists brought in to paint the larger murals are charged with mentoring local artists. Every year 20-25 local artists are selected for a program in which they paint on the smaller walls and are mentored by the more established artists. In so doing, PUAM is helping to develop the next generation of street artists.

PUAM has an app that provides a map and information on the artists. We highly recommend that you download that when you get there.

At one point, PUAM leaders notice that there was no interaction between the formerly homeless residents of one building and the residents of the building right next door. They brought both groups together to paint a mural as a way of creating new relationships.

Seeing PUAM and meeting with their team made me much more hopeful about the future of street art. Street art can and should be a tool for social justice and for fighting poverty.

Now, after you have spent time viewing the 75 murals in PUAM, proceed to see the rest of Salem. Seeing the street art first will give you another perspective on the city and the historic district. 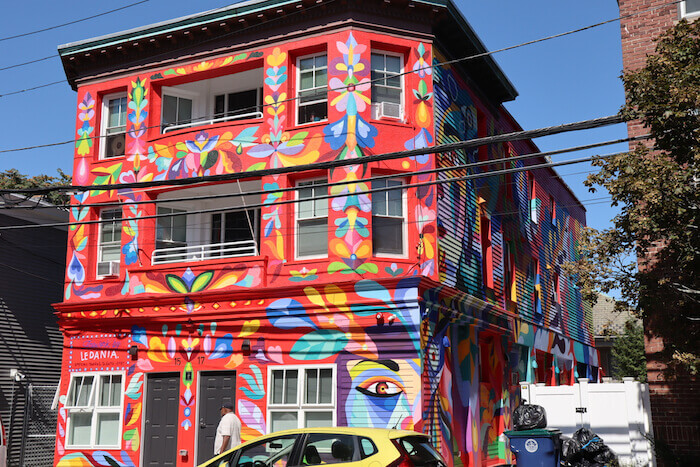 The Peabody Essex Museum is one of the oldest museums in the US. It was established by the East India Marine Society which was made up of Sea Captains that had sailed to the cape of Good Hope or Cape Horn. They brought back artifacts from their travels and so began the museum. The Museum has an eclectic collection of painting, historical artifacts and other exhibits. Peabody Essex has an extensive collection of Asian Art, maritime history and African art.

Next Stop should be The Burying Point and the Salem Memorial

Dating to 1637, the Burying Point is the oldest cemetery in Salem and one of the oldest in the US. Most of the headstones are illegible now. Judge John Hawthorne, Nathaniel Hawthorne’s great-great-grandfather and one of the Salem Witch trials judges is buried there. There are many other people connected to the Salem witch trials in the cemetery. 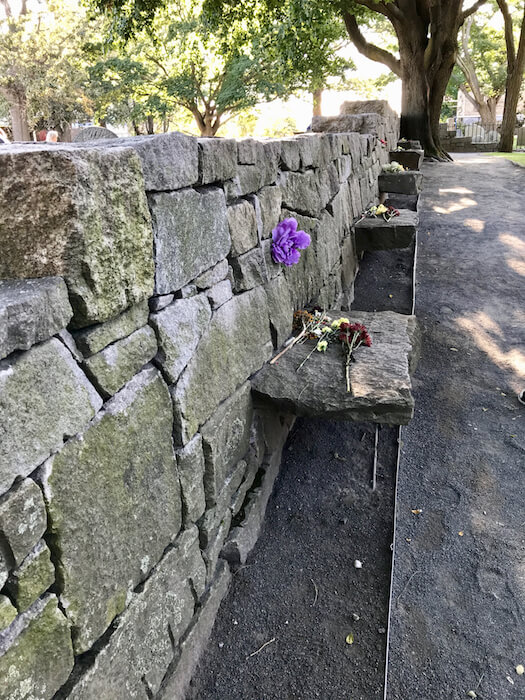 The Salem Witch Memorial is right next to the Burying Point. There are memorials for the 19 men and women that were hung and 1 that was pressed to death. It is a simple, yet impactful statement about the people who were killed. The memorial was dedicated by Nobel Laureate, Holocaust survivor and author, Elie Wiesel, on the 30th anniversary of the trails.

There is so much to do in Salem—witchcraft museums, tours and we are not going to go into this too much in this post.  We thought that it was important to take some time at the memorial and to think about the people behind the sensational history. 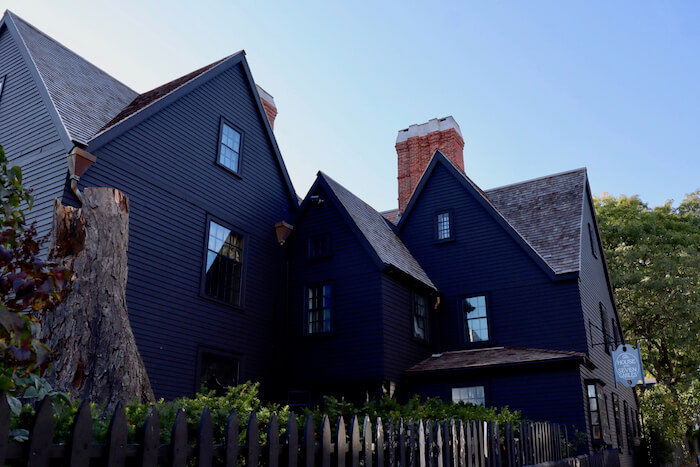 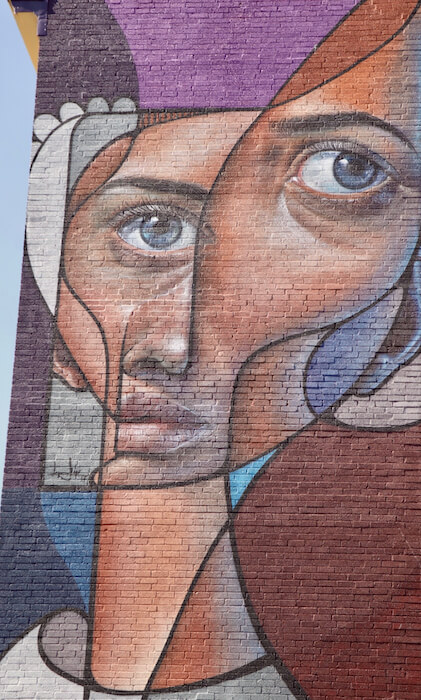 Nathaniel Hawthorne fans will want to take a walk to the House of Seven Gables. It was the setting for his novel of the same name. Next door is the house that Hawthorne grew up in (included in the museum tour). The house was built in 1668 by John Turner. Some of the Gables were removed and then restored over the years. There are guided tours, performances and other activities.

If you drove to Salem, there is one more stop on your way out of town. Treadwell Ice Cream in Peabody. The ice cream is excellent, and the portions are huge. The current seasonal flavor is always a good bet.

Newark NJ is another city with great street art and history.

We’d Like to Hear What you Think About Salem? Street Art? The Salem Witch Trails? 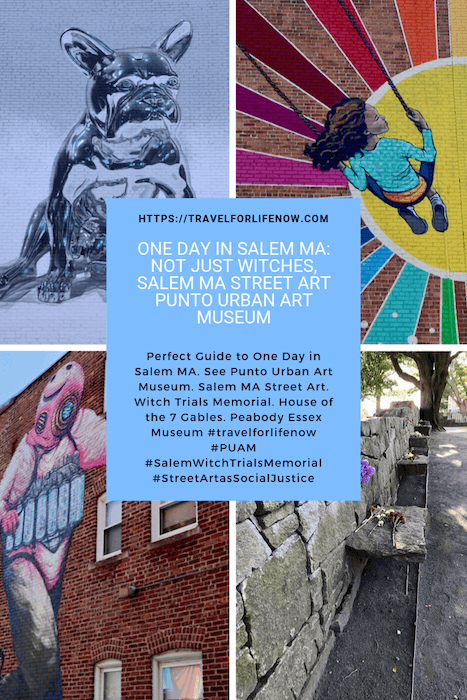 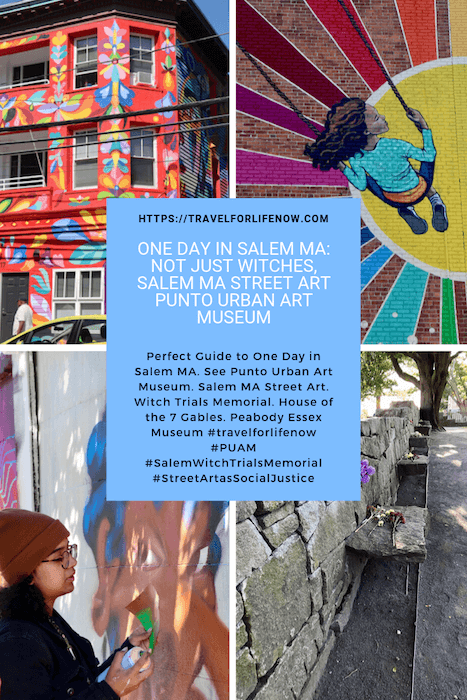 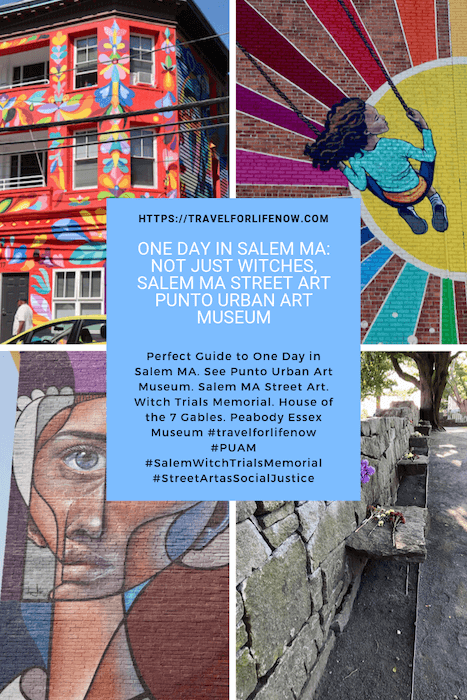 FOLLOW US ON INSTAGRAM
43 shares
We use cookies to ensure that we give you the best experience on our website. If you continue to use this site we will assume that you are happy with it.OkRead more