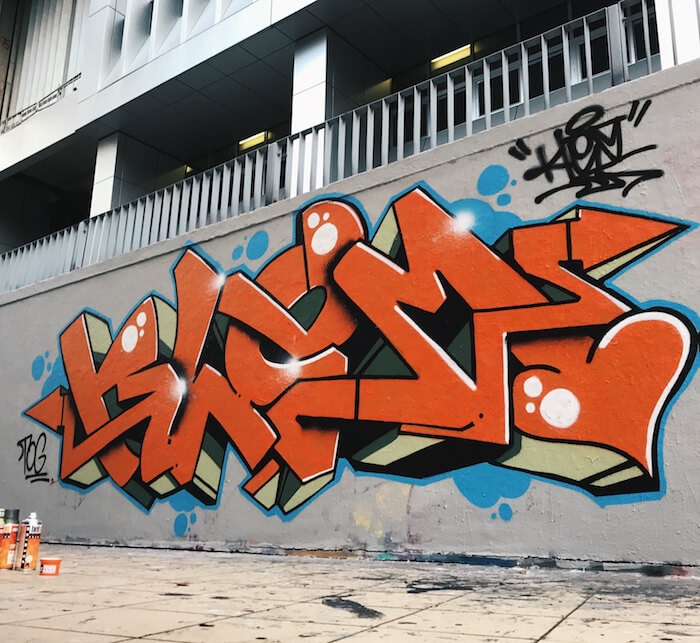 Graffiti is probably the last thing that comes to mind when you think about Singapore. More likely, clean, orderly and no chewing gum allowed. It is difficult to be a graffiti artist Singapore. Graffiti is illegal and punishable by a term of 1-3 years in prison and 3-8 strokes of a cane (a flexible strap made from a palm tree).

Now, many people think that graffiti is bad. Street art is good. Street art is being celebrated all over the world. The most prominent artists are paid commissions to paint murals. Graffiti is more “street” and an expression by local artists to the community and to each other.

In the US, there are tensions between street artists and graffiti artists. See our interview with street artist LMNOPi on this issue.

We think both are important expressions of art and community sentiment. 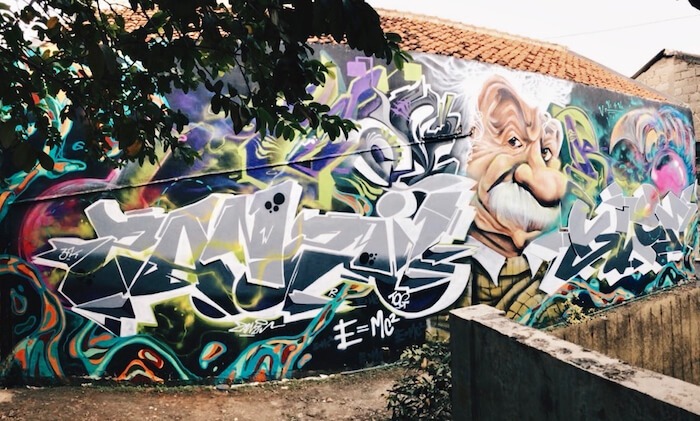 You can find Graffiti Singapore if you know where to look. Singapore graffiti artists mainly paint approved spaces and during public festivals.  They often paint over each other’s work by necessity. There are also street art murals in Singapore that are approved by the government. We’ll cover that in another post.

Where to see Graffiti Artist Singapore

There are walls around the city where it is legal to paint graffiti. You can find graffiti at Blackbook at 71 Sultan Gate. Somerset Skate Park has legal walls just behind the skate park for artists to practice (Somerset MRT station).

Read this post for more ideas on what to do on a Singapore 4 Day Itinerary.

We had a chance to spend time with a 26-year-old Singapore Graffiti Artist, named KLEM after we attended a stenciling workshop as part of Art Walk Little India. We asked him a few questions about graffiti in Singapore.

How did you get into graffiti? How old were you when you started?

I got into contact with graffiti when I was a “bboy” aka “breakdancing.” I was 23 years old during that time. 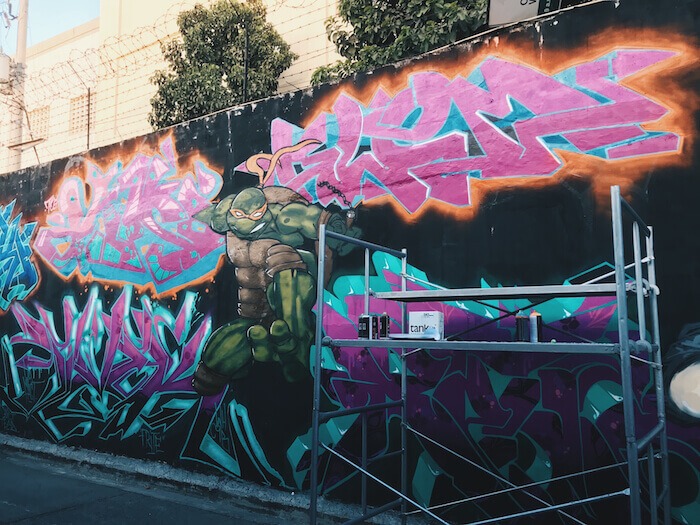 What do you like about graffiti? Why do you do it?

Honestly, the first impression I got was that graffiti is cool. I always loved drawing alphabets when I was a kid, and when I found out about this art form, graffiti, it sparked my interest.

Over the years of doing graffiti, the coolness which I use to think of slowly faded away and the reason to why I still persist on changes from time to time. When I was able to do them “illegally” overseas (in other countries), it gave me another perspective on it. The satisfaction that I get for myself when I did it during the night, tagging and doing throw ups on the streets with no one around but always worrying if I am gonna get caught, that thrill was what I was doing it for. 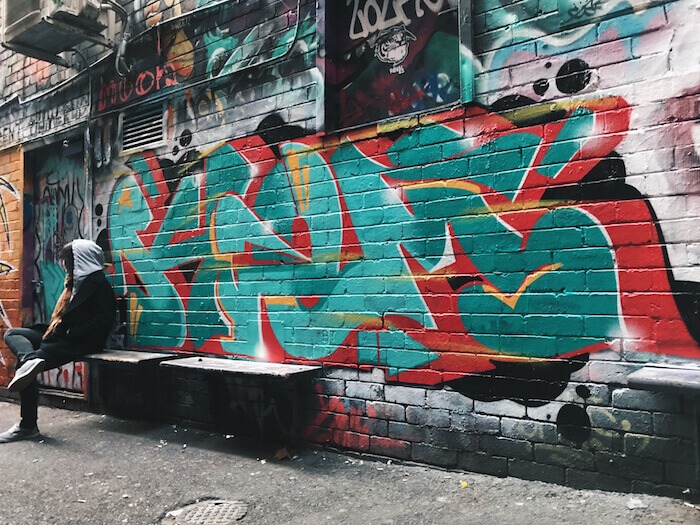 Now I do it as a form of escape from the real world. I enjoy sitting down in front of my blackbook, taking my own time to develop my letters up and then hitting up the wall to make it into a larger scale (legally when in Singapore).

Another thing I love about graffiti is that how it can appear at places where you will never think it will appear. Examples are like high rise area, bridges, area which are impossible to access but somehow, someone still managed to.

How do you see the differences between murals, street art, graffiti and tagging? What’s important about each of them?

Each of it has their own beauty. A mural mainly aims to help beautify the environment. Street art mostly has an individual and personalized message that they would like to send out to the public. Graffiti-wise, not many would appreciate this form of art. Some sees it as vandalism, but to others like me, graffiti is an internal, exclusive game between the graffiti artists/writers. It’s like a communication between one artist to another.

Where else have you done graffiti?

How is the graffiti scene different in each of the countries?

I would not say they have much differences, but they are definitely different if compared with Singapore. Throw ups, tags and pieces can be seen everywhere in other countries. What is different would be the style. Each country’s artist has its own different style and way of doing it.

What is it like to do graffiti in Singapore?

It is safe to do graffiti in Singapore, provided if you do it on legal walls, or commissioned walls. We, artists can take all the time we need in the world to produce our art, whereas in other country, time was never a luxury. If you are ever caught for doing graffiti or a “vandalism” act in Singapore, you would be jailed up to 3 years and caning as well. We have very limited walls here, so usually we paint at the same spot, covering up one another works. If you are lucky, your artwork might be able to stay on the wall for a few days.

For more on Street Art Around the World:

For more on Singapore

What do you think about Street Art vs. Graffiti. Leave a Comment with your Thoughts. 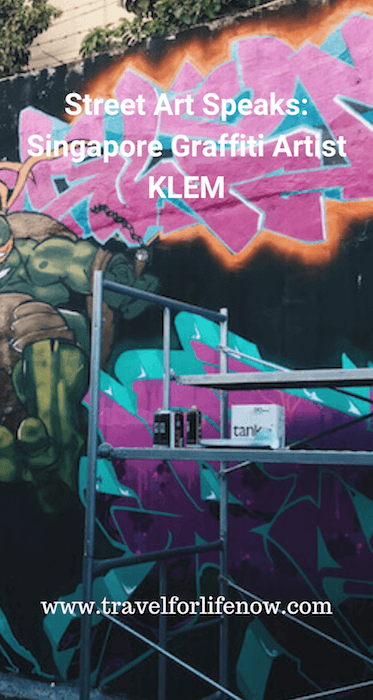 FOLLOW US ON INSTAGRAM
184 shares
We use cookies to ensure that we give you the best experience on our website. If you continue to use this site we will assume that you are happy with it.OkRead more